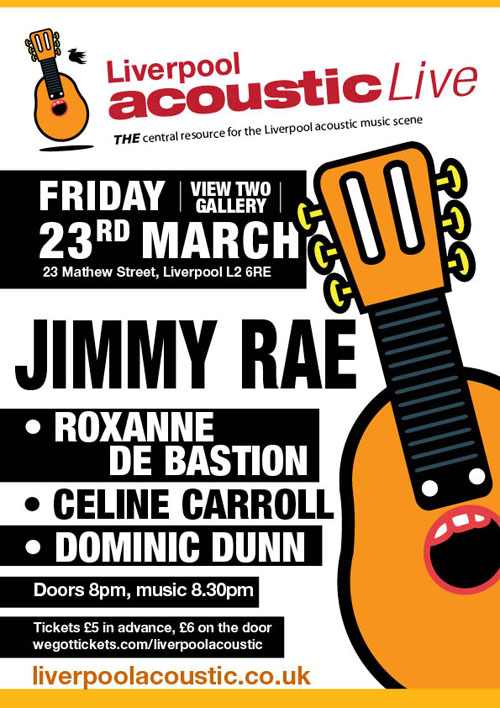 Liverpool Acoustic Live returns to the View Two Gallery this Friday 23rd March 2012 with a special show featuring local folk and country blues favourite Jimmy Rae. Joining Jimmy on the night will be Celine Carroll [Dublin] who taught Bono how to play guitar.

STOP PRESS - Celine Carroll and Dominic Dunn will be appearing live on Billy Butler's afternoon show this coming Friday 23rd March on BBC Radio Merseyside between 2pm and 5pm.
Tickets are £5 in advance from wegottickets.com/liverpoolacoustic
or £6 on the door. Doors open at 8.00pm and the music runs from 8.30pm to 11.15pm.

More in this category: « The Liverpool Art Prize 2012 - Meet the artists City Arts Stay Up Late For Spring Festival LightNight »
back to top