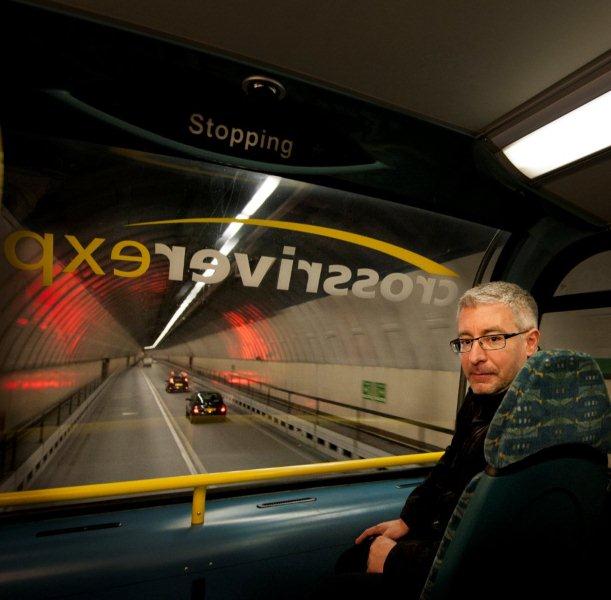 The Liverpool Art Prize is back this spring from 27 April – 9 June to celebrate its fifth anniversary. The prestigious exhibition is presented at Metal, based at Edge Hill Station, and will showcase some of the best creative, cutting-edge talent in Liverpool today.

The exhibition will feature the work of four artists, chosen from over 60 applications by the expert judging panel. The shortlisted artists are Wallasey-based audio and installation artist ,Alan Dunn; graffiti artist and painter, Tomo; filmmaker, photographer and installation artist, Robyn Woolston and the independently published drawing newspaper, The Drawing Room by curators, designers and publishers, Jon Barraclough and Mike Carney.

Here, we meet the four shortlisted artists to learn a little more about their approach to the exhibition, their inspiration, motivation and what they love about Liverpool.

Glaswegian, Alan Dunn, is now based in Wallasey and is a photographer and sound artist who compiles CDs of artists’ works on themes such as the Mersey Tunnels, revolution or numbers and has worked with contributors that include Pete Wylie, Yoko Ono, Andy Warhol, David Bowie and Carol Kaye.

Alan studied at both the Glasgow School of Art and the Art Institute of Chicago in America. Leaving Scotland in 1991, Alan arrived in Merseyside in 1994 where he has remained since with his wife and two children.

Talking of his work, Alan explains: “My work tends to be free, accessible, and somehow refers to the ‘real world’ I see around me. I’ve been more recently working with sound and I put together the ‘Soundtrack for a Mersey Tunnel’ CD while travelling on the 433 bus every day through the Wallasey tunnel. It was a collection of tracks that lasted exactly 2’33, the length of time it takes to cruise through the tunnel.”

“I’ll be showing a set of seven CDs that I have put together, allowing people to hear rare and amazing material from locals artists, David Bowie, Russian poet Irina Ratushinskaya, ex-Pogue Jem Finer, Mexican rappers, YouTube amateurs and revolutionaries. There will also be display cases of related objects, including a fragment from Apollo 8 that was flown around the moon in 1968.”

The Liverpool Art Prize celebrates exciting and thought-provoking art created in the city. Alan’s impression on Liverpool is one of an ever-changing landscape: “It never seems quite finished, there’s always flux, building sites, projects coming and projects going, people leaving, people arriving, it feels like one big urban station under construction. I also like how people that were highly influential in the 1980s are still contributing to the cultural landscape today.”

Robyn Woolston, a filmmaker, photographer and installation artist who originally hails from the Midlands, is passionate about people, relationships and the way the world works, which is reflected in her work that also raises questions concerning social, economic and ecological perspectives.

Robyn began her career as an artist and film-maker before becoming more involved in installation work. Acutely aware of the world around her, Robyn once travelled to the Sinai Desert to embark on a three-day solo fasting experience with only a sleeping bag and 16 bottles of water for company, and it is this intuitive connection with the world and its inhabitants that Robyn uses to fuel her work.

Of Liverpool’s art scene, Robyn comments:  “I adore Liverpool’s architecture, with all the innate possibilities it offers, there’s space to create, intervene and exhibit in conjunction with; people like Camp and Furnace at the former A Foundation building. The fabric of the city calls for sculptural interventions that reference migration, trade and industry against an ever changing sky-line.”

Robyn’s work at the Liverpool Art Prize exhibition is, by her own admission, her most ambitious yet: “It’s my most ambitious work in terms of the opportunities and constraints presented by the space. I’m working with the Accumulator Tower so I’m dealing with shifting, and at times ephemeral, light. Plus the height of approximately eleven metres is offering up some exciting engineering conundrums.” 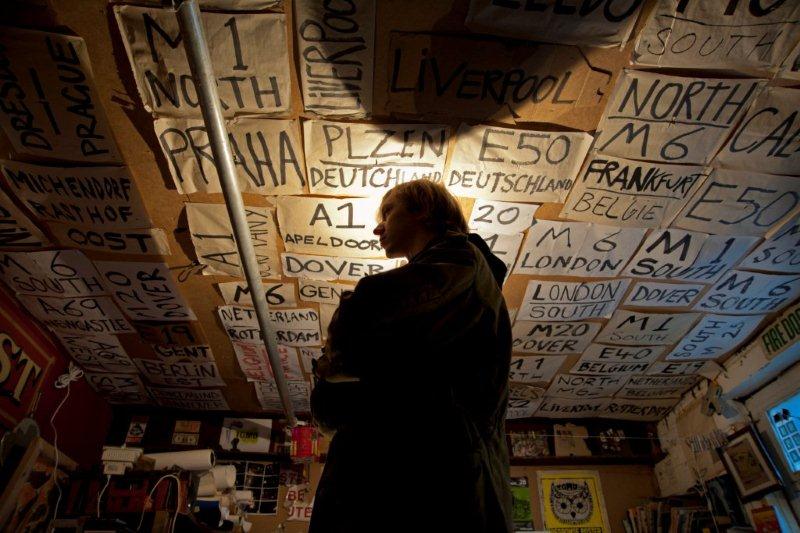 Liverpool lad, Tomo, is a graffiti artist and sculptor whose work is informed by a strong DIY ethic and he strives to make the best he can with whatever is available, often working with discarded materials and items.

Tomo finds inspiration all around him and has been a keen artist from a young age. He explains: “I find a lot of ideas in normal everyday life, in the so called mundane, if you look beneath the surface there's all kinds of jewels and gems waiting to be discovered.

“My dream project would be anything where my work can have a positive effect on people or help them see things differently. I like it when there's a chance to get through to people who would not normally take an interest in art.”

Jon Barraclough and Mike Carney are members of the Royal Standard studio and jointly curate, design and publish The Drawing Paper, a not-for-profit, independently published, newspaper-based gallery focussed on contemporary drawing practice. They have published four issues since 2010 and will produce a new issue especially for their Art Prize exhibition.

Mike Carney comments: “The Drawing Paper showcases work from emerging, established, local and international artists. It's a not for profit project and logo free zone, funded and made possible by fees collected from its contributing artists.

A strong supporter of local, emerging creatives, Mike suggests that the city could go further to boost local talent in the area: “Perhaps the local art establishments could pay a little more attention to talented locals by making purchases and offering opportunities to exhibit in addition to their outward looking programmes and agendas.

“Liverpool is traditionally a transient city with people coming and going all the time but I would like to see more people staying and establishing things as they develop more skills and gain confidence.”

Jenny Porter, Project Manager at Metal said: “All four shortlisted artists are excellent examples of creativity at its most exciting and diverse. Liverpool has such a wealth of fresh and innovative talent, and it’s a joy to be part of the annual Liverpool Art Prize once again.

“We are delighted to present the exhibition at Metal in April, and expect the works to be as fascinating, interesting and thought-provoking as ever.”

The Liverpool Art Prize is a competition of contemporary art, which was inspired by the Turner Prize and began in 2008. It is open to all professional artists based or born in the Liverpool City Region or in the surrounding boroughs of Liverpool, Wirral, St Helens, Knowsley, Halton and Sefton.

Previous Liverpool Art Prize winners are Imogen Stidworthy, AL and AL, David Jacques and Marcus Soukup, who will exhibit at the Walker Art Gallery as part of his prize in 2012, in addition to judging the 5th Liverpool Art Prize. The previous People’s Choice winners are James Quin, Brendan Lyons, The Singh Twins and Elizabeth Willow, who have also gone on to achieve great respect within the industry.