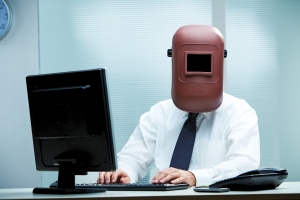 I was asked a couple of months ago to write a round up of the digital sector for a local free magazine that I've written for before. Admittedly not the most popular magazine in the world but I still gave it a go especially as I hope it will attract some new blood into the sector.

Liverpool has become a leading city in creating a community around all things digital and net based.

Neil Morrin provides a round up for TVS.

After arriving back with a bump back in Liverpool a few years ago I went searching for the creativity I had found in the arts sector for fifteen years. I was surprised to find that a lot of this creativity had shifted to the digital sector. Along with this came a drive and determination that was just as surprising but the biggest eye-opener of all was the levels of community activity that are taking place in this sector.

From app makers, web builders, design agencies, games companies Liverpool has never been in a better place for young coders seeking work in the digital sector.   And with students now paying out big money for their degree courses they really want to get the most out of their time away from home, apart from the part time jobs and drinking what else is there to do.

Well there is loads to do if you’re into geek culture.

Over the past few years there has been a surge in the number of meet-ups, informal gatherings and networking events that the tech savvy can get involved in across the city. Geek culture has come to the fore, with hack spaces, coder dojo’s and Bar camps, great places for sharing, learning and exercising your skills. The Liverpool Drones group can even help you to find out the best way to build the next Amazon personal delivery system.

Get your Geek on.

Nearly every week we see one digital platform being bought out by one of the big boys of Google or Facebook. These days it’s the way to get rich quick by finding a need and filling it with a new platform or product. So if you’re into discussing new ideas then the Liverpool Start Up club may well be the place for you to find out about Lean methodologies and even take part in the annual 24hour start up weekend.

If you’re into #IOT  (the Internet of things), 3D printing, start-ups, coder dojo’s and other technology related meetups then making things talks is the speciality at Does Liverpool. Stretched across three spaces incorporating an awesome workshop, knowledge exchange and office space, Does Liverpool is the place to learn, meet and build. This is one of the country’s foremost Maker Spaces with world experts at hand to advise during their open to all Maker Days.

Does Liverpool is based on Hanover Street near Liverpool One. Find out more at doesliverpool.com

With regular events such as the Linux user meet up or the annual gathering of software developers at Oggcamp. Again Liverpool has something for you if you are looking at developing a career in Open Source.

And there is so much more with the creative digital freelance club, Jelly Liverpool has a monthly popup office where new start-ups and old hands meet up to work away from the office.

More irregular meet ups include Social media cafe billed as being for the digitally engaged and digitally enraged, it’s meet up has covered areas such as Open Data, Journalism, Hack spaces and Growth Hacking.  socialmediacafeliverpool.wordpress.com

Or maybe if you are interested in fast paced talks of a more general nature then Ignite Liverpool is for you, where talks on almost any subject goes, as long as you can finish it in 5 minutes flat.  Igniteliveprool.com

Science is on the rise. Whether that’s down to the Manchester ex pop beat member Professor Brian Cox or giant Irish comedian Ardal O’Hanlon, who cares. Science is sexy once again. It’s even invading our comedy, with the Big Bang theory giving nerds the opportunity to make the same low brow misognogistic jokes that the jocks like.

Take Liverpool Cafe Scientific where there is no promise of big names but the talks are amazing. Alternatively if you are looking for your science in a more laid back environment then Liverpool Scibar, is the place for you. Not only does it promise fascinating talks from the brightest minds but it takes place in a pub with the city’s largest selection of real ales to choose from while you’re listening.

To name but a few

There’s more ...there’s Liverpool Girl Geeks, the Drones Club, the annual Sound City Digital conference plus many others and if you are looking to find an online place where you can find them all then look no further than the Liverpool’s digital events calendar, a community calendar which so whichever flavour you choose do visit http://bit.ly/livedigital

More in this category: « The promise It would be a lie to say we hadn't been up to much »
back to top