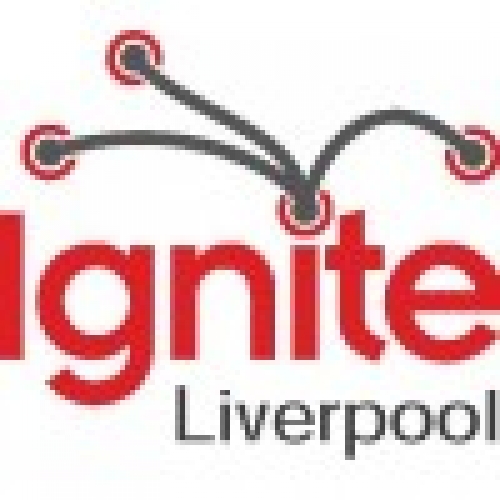 Catch up on Ignite Liverpool with the Live Stream recorded on the 4th November at Leaf Cafe Bar on Bold Street Liverpool.

If you have never caught it before then Ignite Liverpool provides a stage for people to get up and present their passions in short 5 minute presentations.

There is also a list of the talks sadly not in the correct order.

Jules Howard – Why do we all have to die?
I have spent the last two years considering and researching the science of death for a book project (Death on Earth, published by Bloomsbury, out in May 2016). During this time I investigated death’s impact on evolution and how some creatures (like birds, clams, turtles and naked mole rats) have evolved to put the brakes on the ageing process; Tricks we humans may learn… Genetic tricks we may one day wield to slow our own ageing…. But do we really want to live forever?
@juleslhoward

Caron Lyon – My Analogue life in a Digital World.
Everyone has a story. We are analogue beings adapting to a digitally enabled world. This is my story. It all starts with a square peg and a round hole. It’s about personal perspective, about understanding your own story and its place beside everyone else’s. When did you plug in?
@pcmcreative

Steve Flatt – Thinking about thinking.
Evolution has produced a particular bias in the way we think. While this bias was pro-survival in the prehistoric world in today’s world the way we think is now disadvantaging each and every one of us and producing many unwanted consequences.
Noticing the way we think and making small changes can transform our lives. This is not a motivational talk but a serious look at what we can do easily and thoughtfully to improve our relationships with each other.
@steveflatt

Christopher Brown – Dinosaurs are bullshit
There’s a part of me that can’t accept the concept of dinosaurs. I know and understand this makes me sound like a crazy person. Please give me five minutes to explain….
@orange_monkey

Jamie Roberts Everything (physically possible) is a skill
I’ll try to get as many unexpected examples as possible to demonstrate that even though some people have an advantage in certain areas nearly everything is learnable, the concept of innate talents is mostly a social construct and imaginary barrier and once you know that, you can look at possibility in a different way.
@jamieisboss

Sarah Jones – Women and Motorsport- will we see an woman enter in F1?
My talk will talk about the current status of women in Motorsport generally historically, then in the present and then focusing on F1 and who I feel has the potential to reach F1 in the near future.
@jonesy_laaa

Lisa Hoyle Why religion is (can be) a good thing

Many people think about religion being dogmatic, protectionist, irrational and based on misplaced faith. For me and many others faith is the wrong word to use – , following a religious path is about doubt and exploring that doubt with what Bhuddists call Beginners Mind – it is about touching the void and it is about having a counter balance to the materialistic world which in 21st century largely means the consumer world.
@LiveQuaker

The next Ignite Liverpool is on the 27th January 2016

If you're interested in talking at Ignite Liverpool then head over to the ignite site and fill out the form.