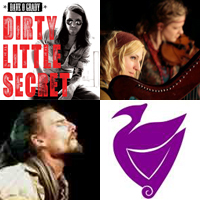 Tickets are £5 in advance or £6 on the door. Tickets for all Liverpool Acoustic shows are available from wegottickets.com/liverpoolacoustic  Doors open at 8.00pm with music starting at 8.30pm sharp. The night finishes at 11.15pm 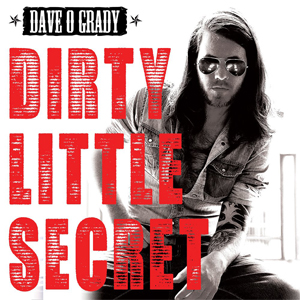 Dave O'Grady is a 22 year old from Dublin, now resident in Liverpool. His unique style of music fuses blues and folk, creating a most sympathetic sound which, when paired with his haunting voice, define him as an outstanding live performer.Since embarking on his musical journey he has shared the stage with such legends at Jon Bon Jovi, Seal, Russel Watson, The Christians and Ringo Star. He has opened for Marcus Bonfanti, and most recently supported Sandi Thom on her UK tour.Dave's debut EP on Guardian Angel Records is called Dirty Little Secret and is available from iTunes on November 1st.Dave is launching Dirty Little Secret on Thursday 3rd November at Studio 2 on Parr Street - details here.daveogrady.com
facebook.com/daveogradyofficial Greta & Maev hail from the Faroe Islands and Ireland respectively, and they met somewhere in the middle - Liverpool. They are a harp/violin duo, though they play both instrumental and vocal-centred music, bringing harmonies and foreign languages to the ear. They play everything from Scandinavian and Celtic traditional music to modern folk songs.
myspace.com/gretaandmaevmusic 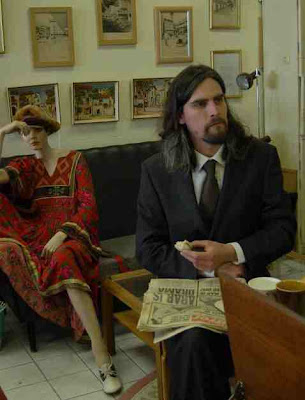 John McGurgan says "Maybe I think I’d like to have a log cabin in the mountains and build my own guitars. Spend the twilight on the porch in a tin bath, with a glass of wine and a smoke, my ears tuned into Hank and Bill. Such contentment. Love listening. Need my guitar, and of course, all those mystical notions of the longed for that I seem to arc around it."
John McGurgan is from Belfast and has supported Josh Rouse, Duke Special, Rodrigo Y Gabriella, Anni Rossi, and Devon Sproule. In addition he duetted with John Smith at the Dragonfly Festival in Sweden.
myspace.com/johnmcgurgan
Liverpool Acoustic Spotlight #55 - October 2011
If you get the chance, please support your local artists by emailing them, joining their mailing lists, leaving them comments, going to their gigs, and buying their music direct from them where  possible. The Liverpool Acoustic Spotlight is produced and presented by Graham Holland on behalf of the Liverpool Acoustic website. It is also available on the Internet courtesy of Art In Liverpool FM (Defnet Media), and is a proud member of the Association of Music Podcasting. The theme music is King of the Faeries by Andrew Ellis from his CD Midnight On The Water.
Read 3893 times Last modified on Monday, 17 October 2011 23:01
Tweet
Published in Liverpool Acoustic
Tagged under

www.defnetmedia.com/defnet-blog-104.html | This email address is being protected from spambots. You need JavaScript enabled to view it.