Visualising the emotional response to London 2012

emoto is a unique data art project that captures and visualises the emotional response to the London 2012 Olympic Games as medals are won and lost. Visit emoto as the events unfold to find out which athletes and topics are most discussed, or view all current messages related to the Games. emototracks Twitter for themes related to the Games, analyses the messages for content and emotional expressions, and visualise topics and tone of the conversation. 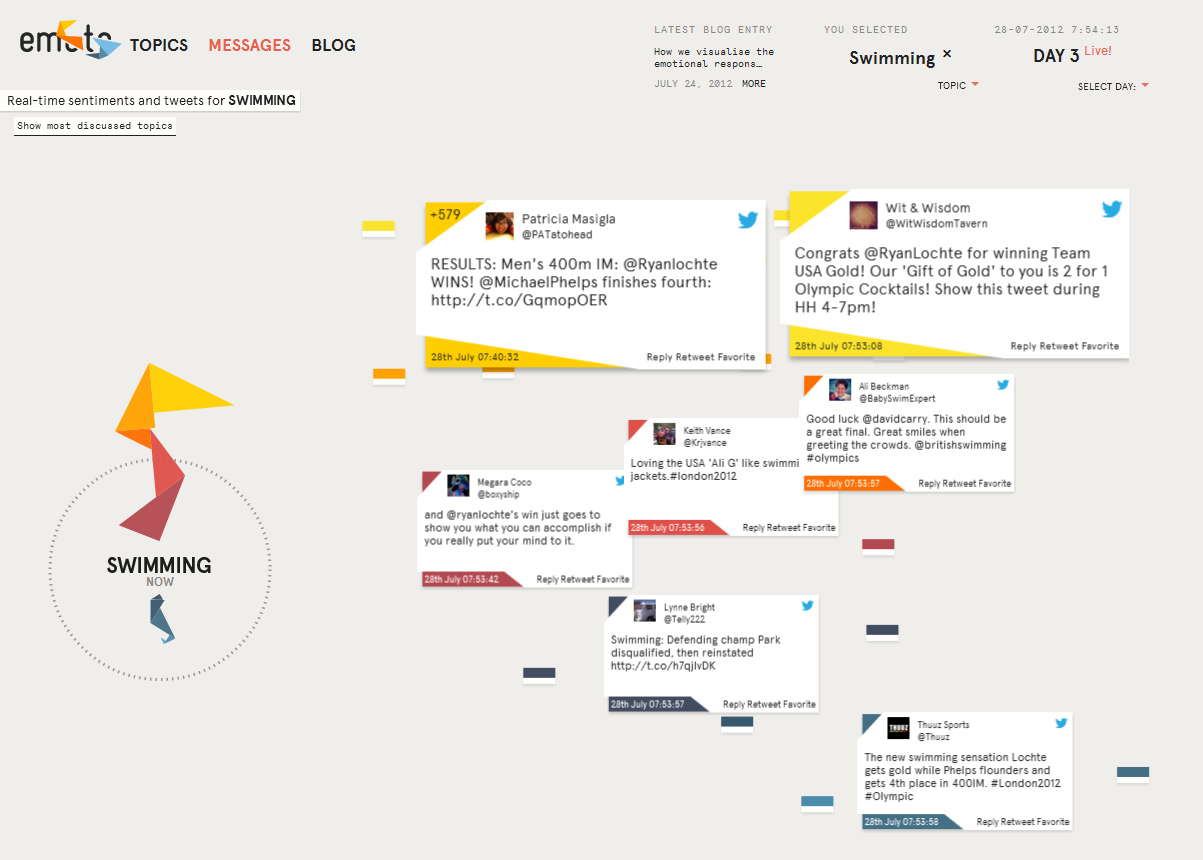 “For the first time in history we can read and make visible the emotion and attention of the crowd, the athletes and everybody participating, not just in the stadium, but all around the world.".
- Drew Hemment, founder of FutureEverything and co-creator of emoto

For the duration of the Paralympics, the SENSEable City team will be creating a large scale public installation which will translate real-time the sentiment-analyzed Twitter data into an immersive sensory experience. emoto in London will be on show in Trafalgar Square from August 29 - September 9. If you are in London during the games you will also be able to download the 'emoto in London' app for android; a mobile app which uses live twitter information to create a real-time augmented reality visualization of the online response to the Games on your handheld device. This application is created by SENSEable City Lab, at MIT and made possible by the generous support of General Electric (GE).

More in this category: « Call out for speakers at Ignite Liverpool Liverpool SciBar is back with the Physics of the Large Haldron Colider »
back to top