How Why DIY and all that

A couple of weeks back now  (I've been a bit busy with other stuff) a group of us from How Why DIY got together to produce How? Why? DIY! Day. We had been trying to put together an event like this since November 2009 but no time seemed like a good time. Finally after a few mis-starts we managed to secure of space in the Nerve Centre on 22nd August. I wanted to share here some of the images from me and the Video from Warren Makin.

People had come forward from the How Why DIY network  to run free workshops throughout the day, which we had great numbers for and a fantastic response - a big thanks to everyone who came.

That is @houghster with the Wordpress workshop

That's Warren in the Steam Punk outfit  - he made the video above - it was great of him to come down and he wrote a great blog post about the day "I had only planned to stay a couple of hours, but stayed all day!" - it doesn't get much better than that folks.

This was really my favourite bit - playing the Nintendo Wii and giving it some Wii phonics - if you know me you will know that by now - I'm not good but it is so much fun. I had put the speaker outside and then I stood in the doorway dragging people in with funny sounds being emitted as they walked along the street.

There are loads more pictures her from Les Pounder @biglesp from the Ubuntu Install team on Flickr. They did a great job turning 12 old pc's that had been sitting in a cupboard for years into fully functioning machines running Ubuntu. The woman pictured in one of the pictures took a machine home at the end of the day, she been without net access for some time. It was great to be able to help her. 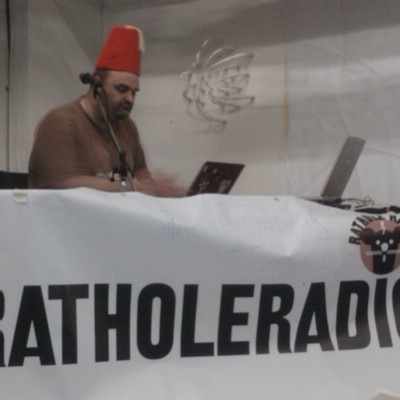 Finally, as the day wore on we cleared out the workshop spaces and packed away the computers and Fortunagraph (thanks to Howard and Venya) and we start to set up for a hastily organised Rathole Radio Live stream show. The show is available to download from Rathole Radio

The whole day was a great deal of fun and everyone that came along enjoyed it so hopefully we will be doing another one in the spring. If you'd like to get involved then join up to the How Why DIY network, you'll also find more information about the day itself and all of our other activities.

A big thanks to everyone who was involved in one way or another and sorry for the briefness of this blog post.

{youtube}byorHEj0L4k{/youtube} How Why DIY at Nerve Centre warrenmakin
More in this category: « How Why Diy NING Must remember to blog more often »