Ignite Liverpool will be taking place on 23rd November at the Liverpool Medical Institute and there has already been a flurry of activity from speakers coming forward to offer up topics for their presentations.

How Why Diy NING

With the advent of Ning charging for their service, actually i thought we were doing them a favour as we were drawing people into the site and their adverts - clearly that didn't pay for them though, i digress. Ning were going to start off by charging a small amount about $2 a month if you had less than 150 members of your Ning.

The How? WHY? DIY! ning now has about 123 members just  27 members short of the 150 mark. That was OK, I would be willing to pay that but after a conversation with Liverpool based Nerve Magazine they said there was an opportunity to have the How Why DIY event take place in a shop which they are getting access to as part of the shops up front project.

If/when How? WHY? DIY! Day, as I am calling it takes place then the numbers of people who are going to be involved are well going to exceed 150 in one way or another - leaving me with a problem, for Ning would then have liked to extracted from my very tight pocket $20 a month - I am generous but not than generous so a cheaper way had to be found that would house How? WHY? DIY! plus other groups that I am involved in such as Ignite Liverpool and Social Media Cafe.  I looked at various options for expanding the reach of Joomla (what this site is built upon) using extensions such as Jom Social and extending K2 which i already use but the choice came straight down to Buddypress.

I have never used Buddypress before but i'm not afraid to take risks as I believe that is what life is about (except when it comes to heights) - so here we go the new How? WHY? DIY! network

Take a look and get involved.

Call out for Ignite Liverpool presenters

Ignite Liverpool is set to launch it's 3rd and possibly most spectacular event yet.

These are open, simple and short sessions where presenters share their personal and professional passions, using 20 slides that auto-advance every 15 seconds.

How Why DIY NING 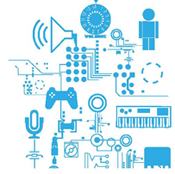 It looks like NING are going to be biting the dust which is a bit scary as we have the How Why DIY Ning on the go at the moment, which has been a great platform for publishing information about the HOW WHY DIY event and for drawing like minded people toghether  - so we have used it to push information out about the Ignite Liverpool events and other Liverpool Tech/geekery events. There are going to be further announcements about NING's future on the 4th May so we look forward to that while we wonder if it is going to be able to oiffer us the opportunity to export content and membership.

Also we still don't know what platform we should use next - Or do we simply ship everyone into the back end of this website - it's a possibility.

The event had a fantastic array of speakers, was well attended and even had 30 people watching on the Live Stream even though the presentations themselves weren't showing up. The organisers were really pleased with the event as so were the attendees in the flesh. It is quite certain that these ignite vents are due to become a regular feature on the Liverpool tech and geekery scene. There are more Video's to come but here is what we have for now.