Here's a qik video of Plectrum the Band performance last night as part of Frakass. It was rumoured, the band who performed their first gig in the 70's flew in from New York yesterday just for this gig - it was also rumoured that they were particularly difficult, making extreme demands of the organisers and generally being obnoxious.

Performing in cardboard costumes Plectrum continued to keep their identity and only increase the mystery surronding them. That all said though, they did provide a bit of light hearted entertainment at the end of a Mega noise filled night. From the Cardboard coffin to the plectrum shaped plectrum user they rolled the tunes out and were much welcomed by the audience who witnessed a truly exclusive performanc. The 3 tracks they played were well worth it waiting till the end of the night.

If you have ever heard them before or have any photos that would reveal their identities then please do let us know. This may be the last time we hear from them but if we are lucky we will see them emerge in other forms.

As I entered the lions den A.K.A. The Hilton Hotel A.K.A. this year’s host to the Sound City ‘front of shop’ proceedings, I was met with the overwhelming presence of main cheese Dave Pitchilingi on my left, TV pundit Rob Goldblade on my right and a whole host of assorted groupings of nice men with hair cuts spattered throughout. I broke into an uncomfortable sweat and claimed my press pass. A lady was repeatedly saying someone else’s name at me and, being that it was other than my own name, I was confused by this, to the point where I then agreed that it was indeed my name and took the pass hastily. I left to see the posh Sound City hire car creating a hullaballoo with yet more men with nice hair getting out.

‘Ghost Stories: A Night Opera’ was an evocative, innovative and haunting musical experiment

Performed in the atmospheric Gothic setting of St Luke’s Church. Neil Campbell, accompanied by the soaring and sublime vocals of Anne Taft, composed the music for this project whilst the eerie soundscape and electronics throughout were effectively handled by Michael Beiert. It was apparent that Campbell’s technically skilled classical guitar playing combined diverse musical influences, including elements of Spanish flamenco, minimalism, and progressive and experimental rock music. The music of ‘Ghost Stories’ itself is certainly compositionally suggestive of the subtle and elusive compositions of French impressionistic music such as Debussy and Satie, as well as the ambient pieces of more contemporary musicians such as Harold Budd and Brian Eno. 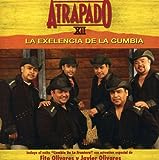 The Picket was a cool respite on one of the hottest nights of the summer when La Excelencia came to Liverpool.

Whilst their infectious salsa had people dancing right from the start it was the third track when they really started to move the room.  By the end of the set they had the whole audience dancing from the mechanical steps of the salsa newbies to the bewitching moves of the more experienced dancers.

Sounds From the Other City 2009

Showcasing bands who haven’t been trampled to submission and soul-sucked by the music industry yet, the SFTOC festival featured nine venues (thankfully all close to each other) and over thirty acts, compressed into a chronological gridlock of 3PM to 11PM. Therefore, my companion and I decided to adopt a stripped-down ‘Dogme 95’ style of criticism. Well, it seemed like a good idea at the time. Two songs minimum from each band we managed to catch. How very magnanimous of us. However, owing to laziness and drink, we only managed to actually watch five bands. Very unprofessional, but we’re old now and I resent young people. It’s about

as much as I can do to be in the same room as some Ting-Ting lookalike for more than five minutes and not vomit blood.