The Martini Lounge’s stockings are stuffed full to the brim with a bevy of jingle belles, promising an evening’s entertainment you’ll never forget. Join them as they tell their own Christmas tale, over a century after Charles Dickens gave his World Premiere reading of ‘A Christmas Carol’ on the very same stage.

There are several good reasons to want to see Anthony and Cleopatra at the Liverpool Playhouse this month. The one the press like is Kim Cattrall of ‘Sex and the City’ fame as Cleopatra. While I’ve never watched the television show I am aware of the shoes associated with it and have more recently been impressed by Cattrall constantly reminding people that she’s from Liverpool,  and yes I am both that shallow and that parochial. However the real draws for me are director Janet Suzman and actor Jefferey Kissoon as Anthony. Jefferey Kissoon was last (as far as I know) in Liverpool in Talawa Theatre’s The Gods Are Not to Blame at the Everyman. I was working there at the time and his performance was arresting to say the least; he was a powerful yet elegant actor who was a pleasure to watch each of the several times I saw the show. And he was a handsome man; all of us box office girls (and one of us was a boy) appreciated that; just to pass his dressing room added a frisson to our day. Perhaps more importantly (but only perhaps!), he has worked with Peter Brook, Robert Lepage, and Complicité, so don’t take my word for his prowess. Putting him together with Cattrall directed by the great Janet Suzman was surely going to produce special theatre.

I wasn’t sure what to expect from Anthology when I approached the Everyman last night.

What I did know was that there were several different plays by several different authors being simultaneously performed offsite. I wasn’t sure how that would work, but was pretty keen on seeing how it turned out – plus, I really wanted to see Jeff Young’s piece. It turned out there are seven pieces in all, and choice is by random selection, either by throwing a seven-sided die (‘die’ is singular for ‘dice’, my Dad told me) or by selecting one of seven objects, among them a party popper, a feather, a letter and so on. My choice was a milk bottle with a flier in the top. This turned out to be play number 2, and I was given headphones and a receiver on a lanyard tuned to the appropriate station. All very exciting. However this was not Jeff’s piece, and I was not allowed to swap as it was already oversubscribed. I imagine not all audients are going to be open to this, at least some presumably choosing to come to the theatre because they like a particular playwright, actor or theme; and it certainly added an element of potential chaos that made me glad I was no longer a Front of House Manager. I think on the whole though that this potluck is a good thing; it adds to the sense of adventure, plus I saw a show by a writer I wasn’t aware of and probably wouldn’t have selected given a free choice, and that has to be good.

’Tis Pity She’s a Whore is a dark tale of lust and revenge, centring on sexual love between a brother and a sister. While this may sound like an average episode of Hollyoaks, actually it’s got more in common with one of those dark gothic movies from the 1940s starring Bette Davies, the ones you snuggle up on the couch to watch on a rainy Saturday afternoon and get lost in. Or I do anyway. The last time ’Tis Pity was on at Liverpool’s Everyman it was directed by John Doyle and known locally as ‘Tis Pity She’s a Horse’, so I was amused this time to see my ticket printed with ‘Tis Pity She’s a Who’, suggesting an element of time travel and shape shifting that writer John Ford could surely not have anticipated.

Iron that wimple and polish your Jackboots

The sound of Music is coming to town, that means that fancy dress season is starting - oh yes, the nights have started to draw in so we always get on our fancy dress.  I can hear the music now...... drifting over the hills

Cirkus Cirkor's Inside Out at The Lowry

Swedish company Cirkus Cirkör, one of Europe’s top names in contemporary circus, is visiting the North West for the very first time. Featuring eight multi-skilled circus artists, this family-friendly show is jam-packed with clowning, acrobatics, juggling, trapeze aerialists and much more. Bringing together circus, music and breathtaking visuals, Inside Out celebrates the art of circus; its technical skillfulness and magic.

Phoenix Dance Theatre’s first major tour under Artistic Director Sharon Watson, Declarations, will be a programme of four contrasting and musically diverse dance works, and willpremière at the Liverpool Playhouse on Wednesday 15 and Thursday 16 September.

Yes It will be freezing outside but they'll be able to turn the heating off in St George's Hall as Kitten De Ville and Dirty Martini fly in to join Millie Dollar for a night of glamour at Liverpool’s St Georges Hall. The delightful Martini Lounge have announced that tickets for its upcoming grand showcase on Sunday 31 October are now available.

Review: From Beyond Iron Mountain Review: From Beyond Iron Mountain
Directed by: Bob Moyler

I was really excited to be going to see a bit of Sci-fi theatre so when 35 of us crammed into a room suitable for 30, the atmosphere was heady to say the least. As the plastic blow up globe suspended by thick string and a bamboo pole appeared I knew I was going to enjoy it, when the cheap torch flicked on and shone across the room I was biting my knuckles with excitement.

The story was about a Doctor who is directed to buy a weather machine from a Professor to stop the awful weather conditions on an earth like planet. The action mostly takes place in the Professors laboratory, the Doctor is greeted by an ApeMan creature and inept Robot and lead to the professor. The only trouble is the weather machine is it doesn’t work, and the Prof’s rather attractive female assistant Boris knows it doesn’t but the Prof refuses to accept this and continues discussing the sale of the machine with the Doctor.  After several fruitless attempts to repair the machine, a couple of wandering extra terrestrials finally manage to get it working after breaking the Prof’s leg.

"A mouse took a walk through the deep dark wood, A fox saw the mouse and the mouse looked good."

On hearing these words, parents everywhere stop and listen. For this is the entrancing tale of the Gruffalo; many of us love it for itself, some are sentimental as it reminds us of cosy, snuggly bedtime stories with our children, and some are just relieved for something that will distract their own little monster for ten minutes. Me, I’m an ‘all of the above’, so the Gruffalo has a great place in my heart.

Published in Theatre
Be the first to comment!
Read more...

From Beyond Iron Mountain

From Beyond Iron Mountain, is a brand new piece of Science Fiction Theatre by a brand new Theatre - that's Bonk St Theatre. Plus it premiers next week.

Review: In the Night Garden

Grownups all over Liverpool have been searching for small relatives to take to In the Night Garden in Sefton Park this weekend. Not only might it be exciting to see live versions of these cute characters, the show is in a huge tent in the park, reminiscent of a giant igloo. Good eh? So, ever prepared, off I set with one I made earlier; I call her #smallgirl.

The Liverpool Everyman and Playhouse, announce the final part of their 2010 season, to complete a year that has produced four world premières, two West End transfers and two UK touring productions.  Part Three 2010 sees Kim Cattrall returning to her birth city to play Cleopatra; a new adventure entitled EVERYMAN UNBOUND; and a world première at the Playhouse for Christmas, not to mention the last rock and roll panto to be staged at the Everyman (for a while) before it closes for redevelopment. 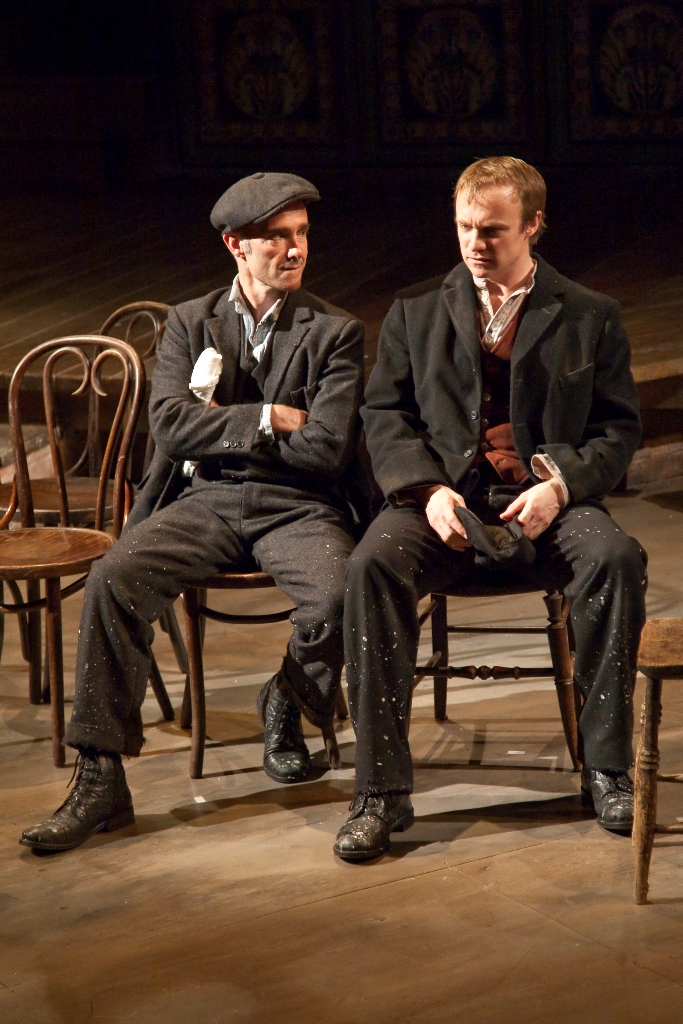 Review of the Ragged Trousered Philanthropists at the Liverpool Everyman

I was really looking forward to seeing the Ragged Trousered Philanthropists at the Everyman. For one thing I'm a fan of Robert Tressel (or Noonan as he was also called - see, I know stuff), and for another I saw a fab production at the Liverpool Playhouse around 20 years ago. And when I got to the Everyman there was an additional surprise. This was a new adaptation by Howard Brenton. Now I do like Howard Brenton. Some many years ago I co-directed a small production of Christie in Love. Which in no way makes me an expert, but the play did make me a fan. But I digress.

Published in Theatre
Tagged under
Be the first to comment!
Read more...
Page 2 of 3