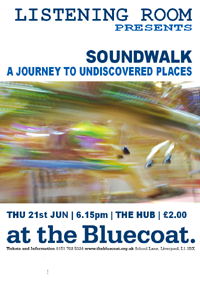 Refresh your Ears with a City Centre Soundwalk starting at the Bluecoat.

“When was the last time you went somewhere just to hear the sounds there? Whether experienced as private meditation or as collective silence SOUNDWALKS refresh your ears and reset your sensual awareness to where you are, live or work"

A soundwalk is a practice: it is walking without talking, focussing on the sound around, focussing on being there rather than talking about it. The Listening Room takes you to undiscovered places: means of transport, your senses. 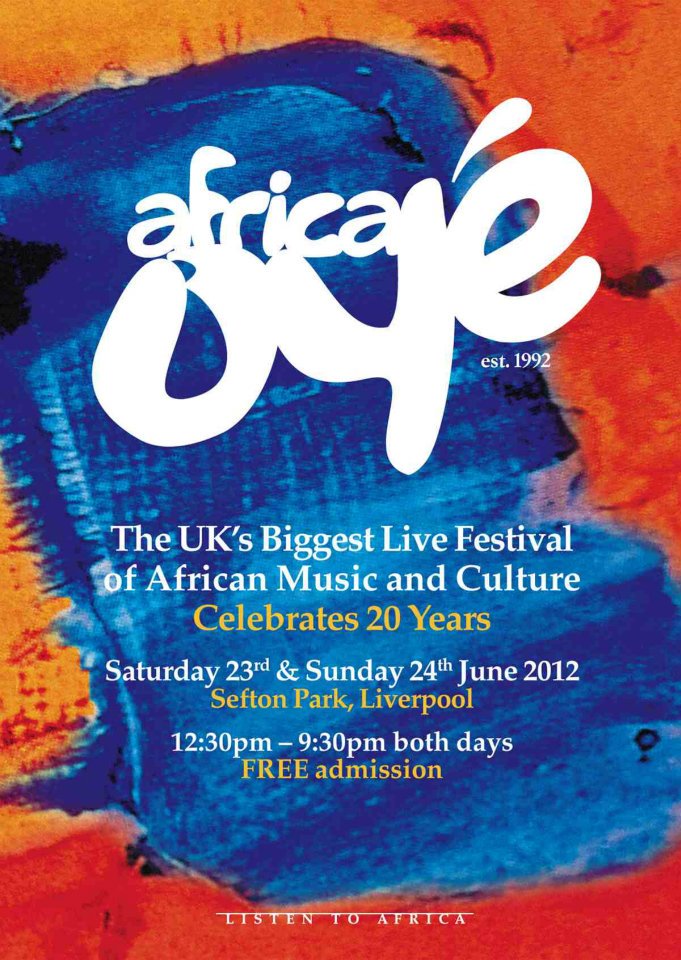 Africa Oye is back this coming weekend and we are all hoping for good weather - I'll be dusting off my picknic blankets and getting the BBQ out and heading to Sefton Park for a fantastic weekend of Family Fun. I'll be sure to taste the delights of some of the best food stalls ever while soaking up some music from the UK's largest festival of African Music and Culture. 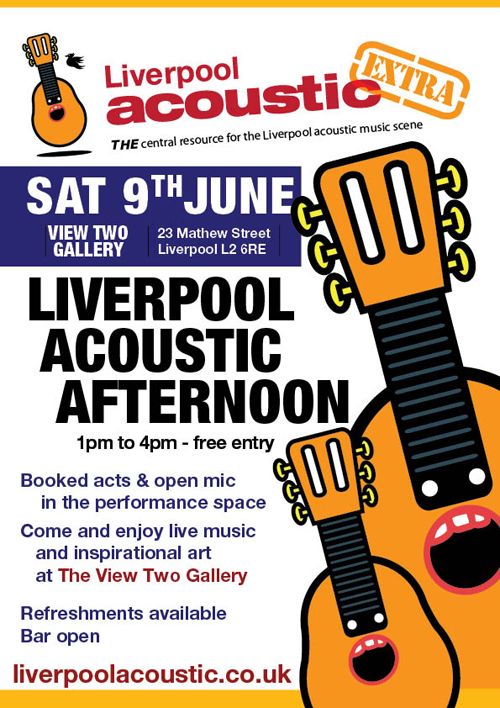 Last October Liverpool Acoustic held it's first Music Afternoon at Mathew Street’s View Two Gallery. And they had so much fun that they’ve decided to do it all over again!

This coming Saturday 9th June 2012 Liverpool Acoustic will be hosting a relaxed event featuring mainly open mic with a couple of booked guests thrown in for good measure. It’s all taking place in the View Two Gallery’s top floor performance space from 1.00pm to 4.00pm and is free to attend.

Musicians wanting to take part in the open mic can just turn up on the day – the spaces will be filled on a first-come, first-served basis. The gallery opens at 12.00pm and closes at 5.00pm. 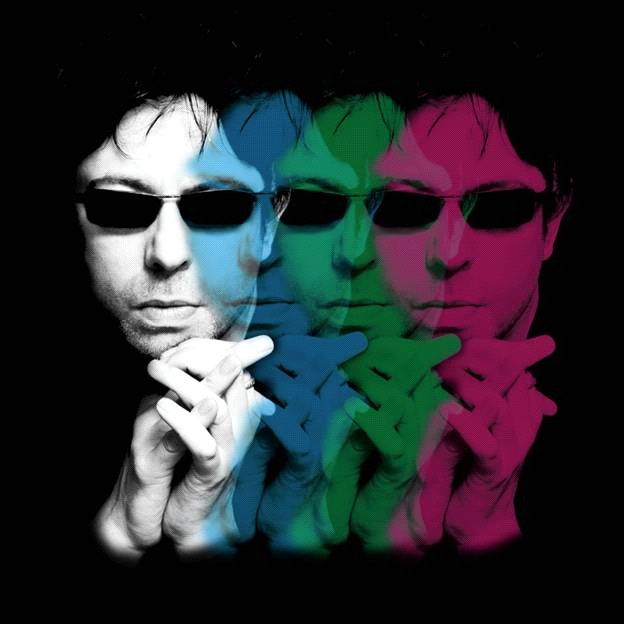 Liverpool music legend Ian McCulloch has revealed plans to play two intimate acoustic shows in Liverpool on 10 and 11 May, and becoming the first official act to perform at the newEpstein Theatre (formerly The Neptune).

The shows lead up to the release of Ian McCulloch’s fourth solo album called “Pro Patria Mori”.  McCulloch will be showcasing songs like ’Different Trees’, ‘Lift Me Up’ and ‘Watch Me Land’ from his forthcoming album, along with classic Echo and the Bunnymen songs and other solo tracks from the albums ‘Candleland’, ‘Mysterio’ and ‘Slidling’”. 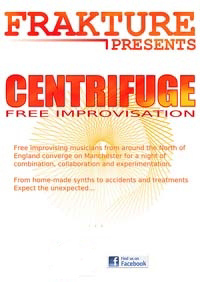 Centrifuge brings an exciting collection improvising musicians from around the North together in Manchester.
The musicians, with a range of different musical practices, will combine in various small groupings to deliver
a program of free improvisations in music.
Centrifuge where creative forces meet.
Published in Music
Tagged under
Read more...
Sunday, 15 April 2012 22:06 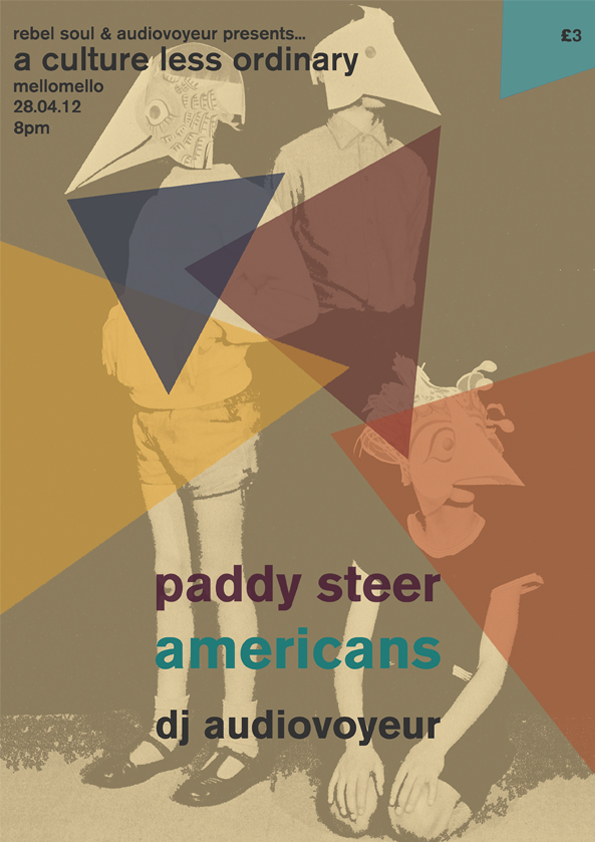 Audio Voyeur and Rebel Soul present 'A Culture Less Ordinary' - Progressive and eclectic music from a culture operating beyond the parameters of convention.  Paddy Steer and his mothership will be landing in Liverpool for one night only. With support from Americans and DJ Audio Voyeur, the evening promises to be full of strange musical happenings and joyful noise.

They won't thank me for saying so but they are featuring the fastest one man band who has appeared in chocolate comercials but also he has appeared in 24 no not the TV series but 24 Hours of Music created from Tweets and suggestions Live - you could tune in and watch on web Tv - I think it was Live Stream from Live at LICA Lancaster based arts organisation. Yep it is Pete "the god" Moser who is an awesome guy.

Like you, we care passionately about the arts and culture scene in Liverpool, so we thought we would put together a few suggestions of things to do this week and what's coming up soon. It is of course mostly what we're interested in but I hope you like them to.

A Cappella Festival Set To Inspire City Through Singing

Sense of Sound announces the Voices Festival, this weekend - a three day celebration of a cappella singing, set to take place at Liverpool’s Bluecoat and Black-E arts centres from Friday 16 – Sunday 18 March.

Published in Entertainment and Culture
Tagged under
Read more...
Page 2 of 10