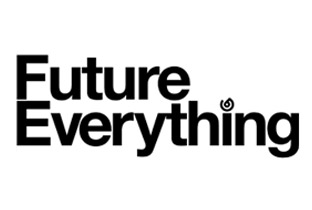 On 21 - 24 March 2013, FutureEverything presents the Summit of Ideas & Digital Invention - a four day event that is centred around a two day conference and a programme of live music and contemporary art events. The Summit will host the annual FutureEverything conference, which is focussing on three main themes we believe will influence the culture and business of digital societies in the future: Creative Code, Future Cities and The Data Society.

They are delighted to announce speakers from Google, BBC, Kickstarter, Vimeo and the Europeana Foundation are already confirmed.

Earlybird tickets for the FutureEverything conference are available until 28 February and priced at just £60, with concession tickets just £30. They also have a limited number of complimentary bursary tickets available.

They are thrilled to announce the latest round of new speakers and participating artists taking part in the FutureEverything Summit. These include executives, decision makers and practitioners from organisations around the world that are influencing digital culture today and in the future:

Michelle Teran- An artist exploring how we construct online identities, looking at social connections and the language of surveillance in urban environments. http://ubermatic.org

Nicolas Nova - A writer, thinker and consultant at the Near Future Laboratory.