I published an article 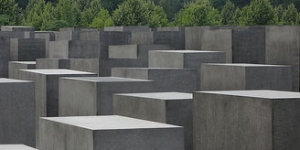 So I published an article - It's has been awhile which is probably why i am writing this blog post about it as it has been over two years since i published a bit of fair game tech news on here. I'm not exactly sure why i left it so long to publish the article - it wasn't even a long or complicated article to write, especially as I was mostly just copying and pasting it from another one of my websites but I think the long and the short of it was that I fell out of love with this site.

I'd built a fair few Joomla websites and they are great, much more sturdy and robust than your everyday WordPress site which I also build.

I've done a lot of work around membership websites, and CRM's but I think the long and the short of it is that I had fallen out of love with the Digital sector. I'd started to view it as suffering from shorttermism, every thing was "this is the next big thing" which is may have been 5 years ago but it still hasn't reached that big thing yet where we all wander the streets with VR goggles on our heads. I'll say it now that isn't going to happen but i want to be proved wrong. (I'm much more of an AR person)  I think the sector which looked like it was going to make some cut and thrust changes in the way we live our lives and was so inspiring a number of years ago, has just well become an add on to the old.

Are we just using different technology to perform the same functions we have done in the past - generally the answer is yes. Wow we can get an Uber or a Takeaway Food delivery - well we could have done that in the past 40 years simply by interacting with our phone and using a voice medium rather than a poking finger medium. So technology has moved forward but all it is doing is the same thing just slightly better than we did it before. It takes a skim, a slice off the time or the service company gets a very small slice of the service fee. Yes a small company now can appear to be doing bigger things due to their web-booking system or an app, these are great don;t get me wrong but is this what we envisaged 30 years ago when they told us the digital revolutions was coming. YAWN.

I sit and type on a glorified typewrite that can publish to the internet for all to see. I could have done that in the old days with a typewriter and a Gestetner machine producing leaflets. In fact if I still do events I still like to produce leaflets for events as you can't pin a tweet to a notice board, or a website to a bus shelter.

Hmm, so I've still not made it plain as to why I haven't written an article in 2 years - I think i was bored or maybe even overwhelmed but what felt like the dizzying array or buzzwords that people were using in relation to web development. Or maybe I hadn't had the confidence in any of the events that have been on in Liverpool to be able to talk about them (even big Music Festivals who are the same as they have always been) So Ignite are hosting a little event looking at the next 30 years - yeah that is definitely made me what to post about it as it is forward looking but at the same time very grounded in the reality that things just don't "Shift" as we have been told they would. I should take some of this and make it a part of my talk at Ignite Future and maybe start a bigger event called Shift Doesn't Happen <- if you know you know if you don;t I wouldn't bother looking it up.

In other news the second best podcast (See the Art in Liverpool Podcast circa 2010)  to come out of the Baltic is on air with Mike Ord presenting - Give it a listen especially for Louisa from Liverpool Soup the Micro Funding event is talking about her event coming up next week June 12th if memory serves me correctly.

Thanks for reading and more soon, but before I forget, here is the "article" what i wrote Ignite Future

When the city speaks the people listen

The University of Central Lancashire in Preston is to hold a two day Unconference for Audacity enthausiasts this July.

If you haven't heard of Audacity then where have you been living as this Open Source audio manipulatipon software is the mainstay of many an audiophiles software arsenal.  The Audacity Unconference 2014 is an event for all Audacity users including teachers, musicians, and researchers 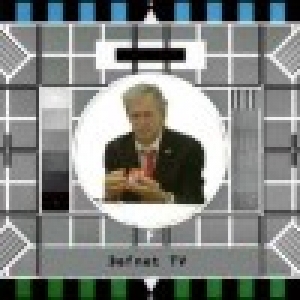 Over the last month or so I have been creating audioboos just of me talking about what digital events are coming up that week - so this week I thought I would move onto something a little longer. Have a listen and if you have any information you would like included then let me know but be warned it is a talky piece.

Normal service continues this week as I played an eclectic selection of the best independent music on the web and also chatted about all kinds of rubbish. I attempted a live song but broke a string halfway through and had to abort. So instead I’ve embedded the last live acoustic video I did on YouTube for your listening pleasure. Hope it makes up for it. Enjoy the show

After the live show last time it’s back to normal service. I played an eclectic mix of music and performed a live cover song by the band Cream. I also rambled a lot and I think the heat melted my brain, so it might be even more disorganised than usual. I hope you enjoy the show anyway.

I even get a mention in the notes above.

A very special show this time as I present recordings from the Rathole Roadshow 2012 which took place on Friday May 11th @ LEAF, Liverpool. Hear live sets from Thom Morecroft, 20lb Sounds,P’Chenga and The Corinthians. I have to give a big thanks to Andrew Bates our recording engineer,Jon Hall our live engineer, Neil Morrin for his excellent video work and Adrian McEwen for the audience bot, Bubblino and keeping us in touch with the chat room.

I even get a mention in the notes above. 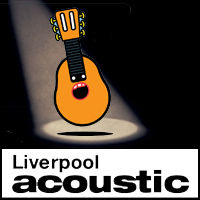 LIVERPOOL ACOUSTIC SPOTLIGHT #71
To play click here Spotlight #71
or right click the link to download for free
If you’re an acoustic musician from the Greater Merseyside area (or from outside the area but regularly play here) and you’d like your music to be considered for the show then check out the ‘Taking Part’ and ‘Terms of Use’ sections on the Spotlight page.

The last regular show before the Rathole Roadshow event on May 11th. I played a wide selection of music as always, and I even managed to squeeze in a live acoustic track. Lots of chilled out tunes this time for some reason, so put your feet up and enjoy.

Back once again it’s the incredible, Rathole. This time we have guests too as I interviewed Sonny &Colin from The Corinthians in a local pub. It was chaotic but amazing. I hope you enjoy it. There’s also a selection of eclectic tunes to keep you entertained.